I couple of months ago I heard about an app-based laundry service in a big American city and thought it was a really cool idea. I particularly liked it because the value proposition was so simple; get your laundry picked up, washed, dried and dropped off. I really like businesses based on simple propositions where one can succeed by executing the technical side of things extremely well. It seemed like a possible opportunity so I had to figure out if there was anything in it!

I spent an hour researching the problem but I decided to stop there as it can sometimes be discouraging and distracting to see what's already out there. I'd rather start from a fairly blank canvas and explore the problem for myself. I also talked to some friends to see what the general receptivity to the idea is.

I just started building it in my spare time...

Awesome! I now have a fully functional web app and iOS and Android apps. However it usually takes a week or so of bureaucracy and setting up various things to get the apps humming along as well as setting up things like push notifications.

I now have a simple starter platform consisting of one website and two mobile apps ready for testing... Test One will consist of me using the app for myself as a customer, and doing the laundry pretending to be the service. 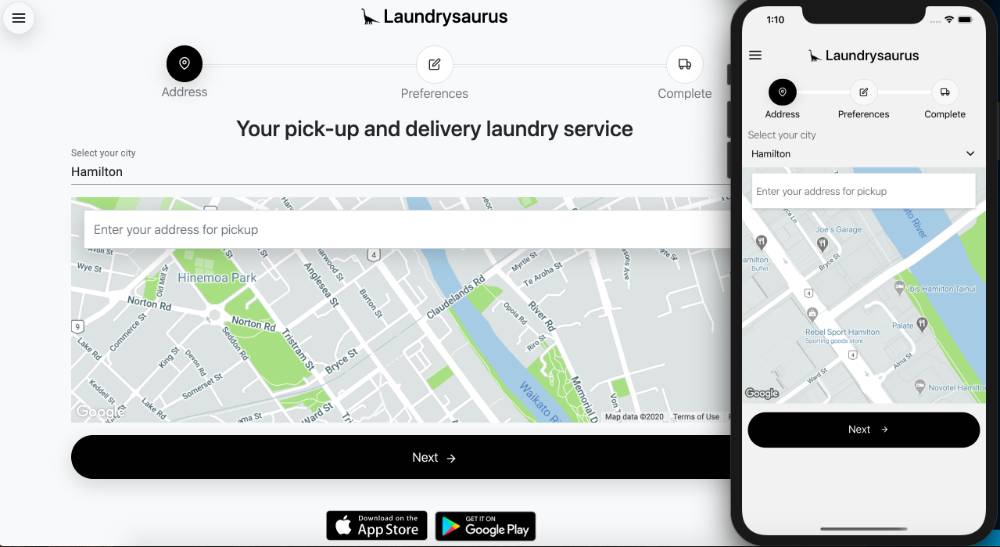